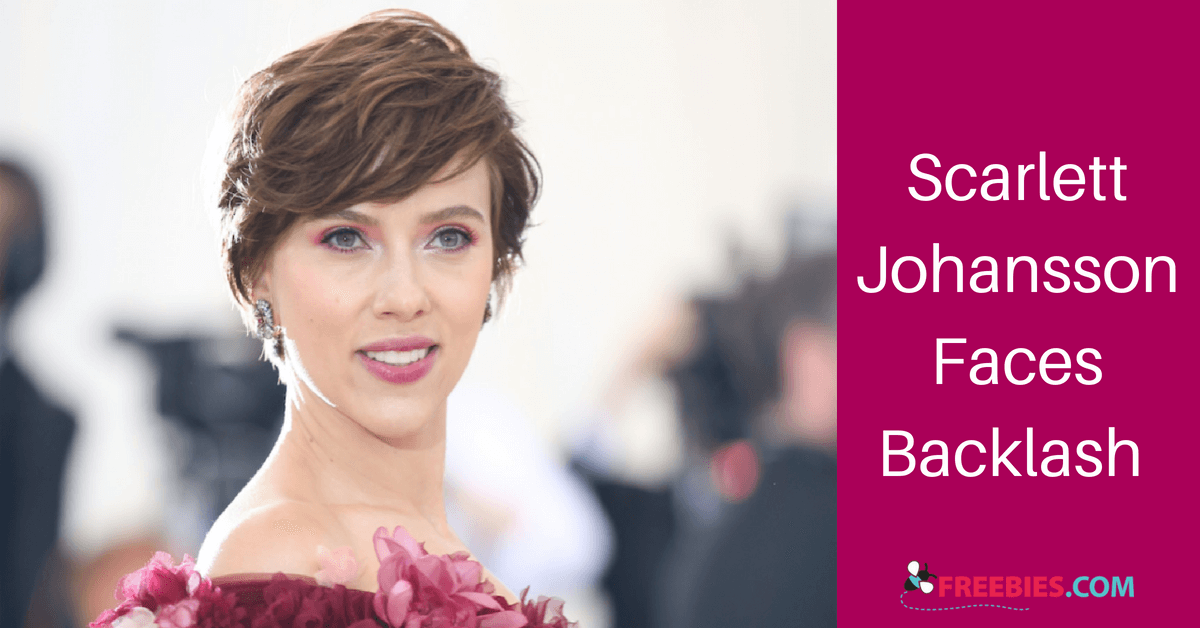 Scarlett Johansson is facing another round of criticism for her upcoming film role.

It was recently announced that Johansson would play the role of Dante “Tex” Gill in the new film Rub & Tug. Gill was a transgender man known for running a string of massage parlors in Pittsburgh in the 1970s and 1980s that were fronts for prostitution.

Johansson was criticized for being cast in the role since many feel that a transgender actor should have been offered the role.

When Johansson’s representatives were reached for comment, they stated: “Tell them that they can be directed to Jeffrey Tambor, Jared Leto, and Felicity Huffman’s reps for comment.” It would seem Johansson’s reps do not see an issue with her taking the role considering other actors have done the same thing.

What do you think, Freebies.com friends? Should Johansson step away from the role?

Answer our poll and let us know!